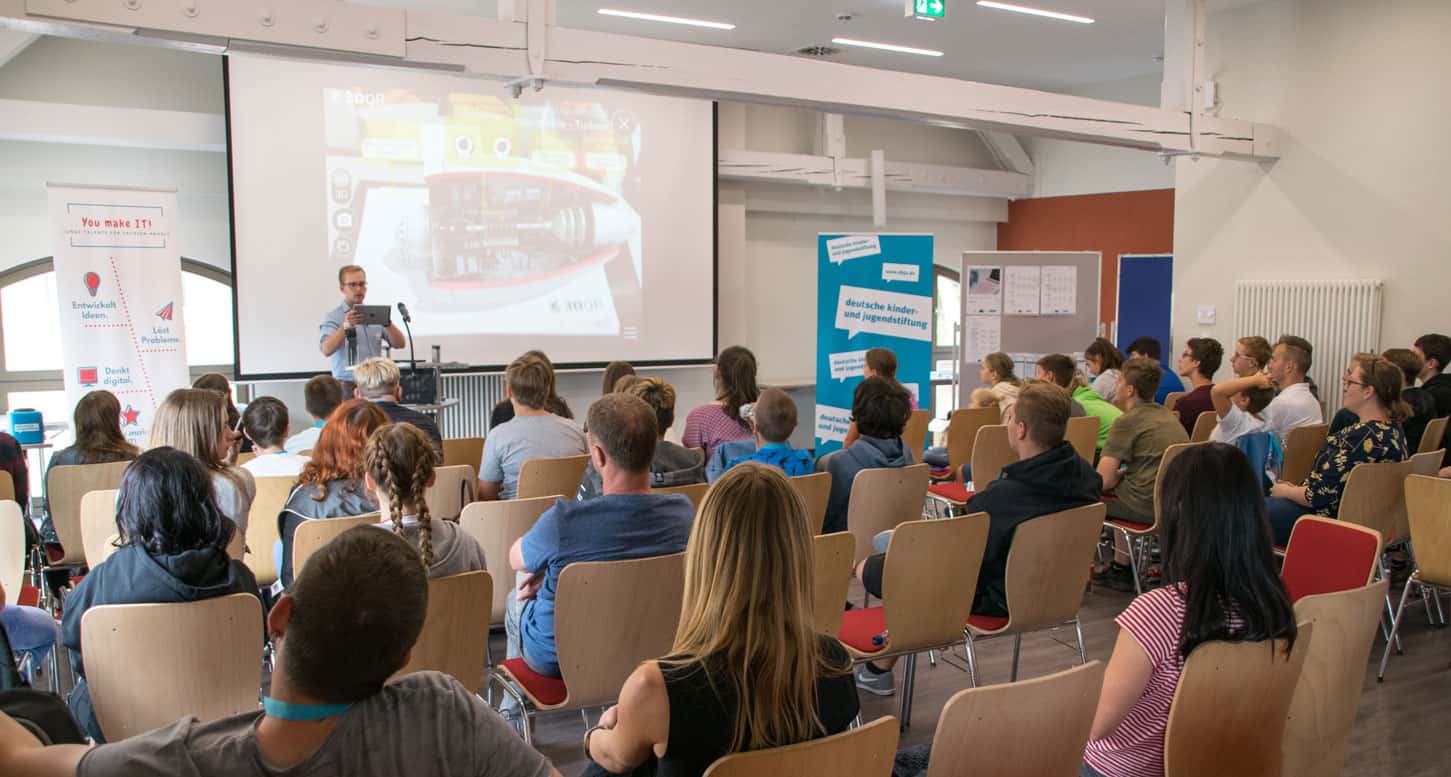 This week the so-called “You make it!”-program of the German Children and Youth Foundation (Deutsche Kinder- und Jugendstiftung – DKJS) started with a two-day impulse camp. We from 3DQR were also there as one of the industrial cooperation partners. The DKJS is a foundation that is committed to the educational success and integration of children and young people throughout Saxony-Anhalt. The organization aims to discover the potential and talents of each child and to support them such that they can develop themselves in the best possible way.

The “You make it!”-program, which launches in September 2019 and is scheduled to run until June 2020, is the first of its kind and is open to student teams from all over the region Saxony-Anhalt. The aim is to develop digital solutions for everyday problems. 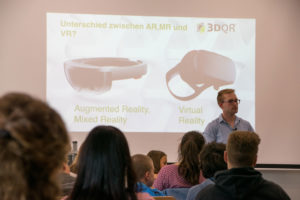 In order to be well prepared for this challenge, the students are given special support on IT-topics such as “coding”, “making” or digital media in general. Furthermore, workshops on the innovative solution “Design Thinking” are planned. Based on the knowledge they acquire during these trainings, the students will eventually develop their solution prototypes, which they will present in a short intermediate pitch and later in a final presentation.

During the entire project phase, the teams are supported by selected professional IT-partners. At the latest kickoff event, for example, we as the company 3DQR gave an one-hour workshop and inspired the young people about what Augmented Reality is and what the difference is between Augmented Reality, Mixed Reality and Virtual Reality. During the lecture, all participants were given the opportunity to contribute their ideas, and in addition to ask questions. Moreover, the students were encouraged to share their previous experiences on IT-topics with the group, creating an interactive play-work atmosphere.

In the following small group phase, a total of about 60 students also had the opportunity to download our free 3DQR app and to try out the unique 3DQR QR-codes. Furthermore, the applications of the new platform “3DQR-Studio” were shown. The students got a demo access and worked on a 3D-model together with the speaker.

Towards the end of the event, all participants were invited to print their QR-business cards and the event was generally perceived as “cool”. This is why we consider this cool workshop was a great success. Especially due to the fact that we addressed an extremely promising target group, we hope for great potential for the future. In general, we endeavor to plant ideas in the minds of the students at an early stage by promoting digitization in schools. This effort will hopefully have a positive effect on the further development of young people.